For centuries, the tobacco plant has been grown or harvested and consumed in various forms throughout the world. It was valued for its recreational and medicinal uses and gained status as a symbol of cultural status. In the 20th century, however, tobacco was identified as one of the world’s most serious public health threats because of its harmful health effects. Tobacco use causes more than 8 million deaths each year, according to the World Health Organization.

Let’s take a look at how tobacco products have changed over the years, and how they have evolved into a public health threat. 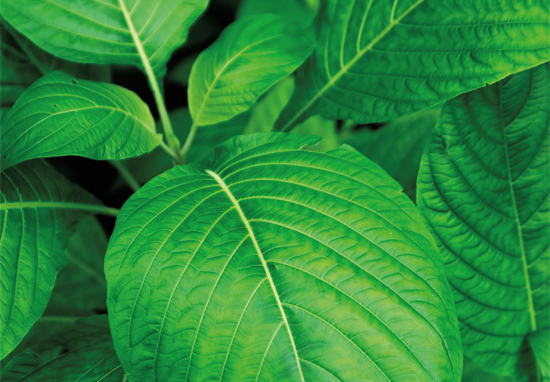 The first tobacco plants are believed to have grown in the Americas. By about 1 B.C., indigenous people were growing tobacco and using it for ceremonial, spiritual and cultural purposes.

The sacred pipe, also known as the peace pipe, was a revered object used for ceremonial occasions. The act of smoking was a bonding between humans and sacred spirits, with the narcotic effect of the tobacco and the rising smoke considered signs the communication was completed.

In 1492, Christopher Columbus observed Native Americans using tobacco for its pleasurable effects as well as for treating maladies.

The plant was brought to Europe, where herbs were thought to have therapeutic properties. 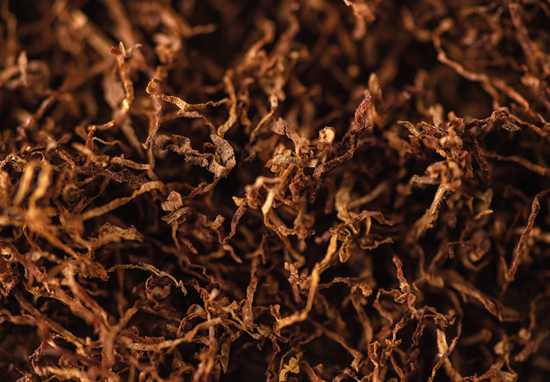 In the 1560s, French ambassador Jean Nicot saw tobacco in backyards of Lisbon, where he worked as a diplomat. He brought the plant back to France, where botanist Carl Linneaus honored him by giving tobacco the Latin name Nicotiana tabacum.

The moist smokeless tobacco, called snus in Sweden, could be placed in the upper lip and did not require spitting, so it could be enjoyed with elegant flair.

With Paris as the model for European courts, snus became prized by aristocrats, who carried it in expensive in gold cans, symbols of upper-class status. 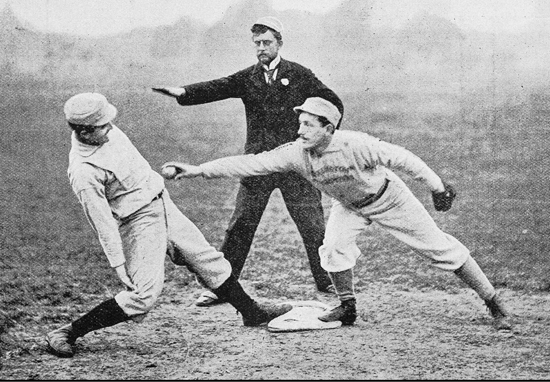 In the U.S., the use of chewing tobacco became widespread, as America was separating politically and culturally from England. American men disdained the pretentious use of snuff by sophisticated Englishmen.

In baseball, which was a developing into popular sport, players chewed tobacco to increase saliva production and prevent dry mouths in a dusty infield. Players moistened their leather gloves with spit, and pitchers used the chaw to lubricate deliveries of “spitballs” to gain an advantage over hitters.

At its peak, in 1890, the average American chewed more than 3 pounds of tobacco per year. The same year, German microbiologist Robert Koch conducted research that showed spitting of chewing tobacco was spreading tuberculosis, and its use began declining in the general population. Cancer deaths eventually led to bans of smokeless tobacco from college baseball in 1990 and Minor League baseball in 1993. 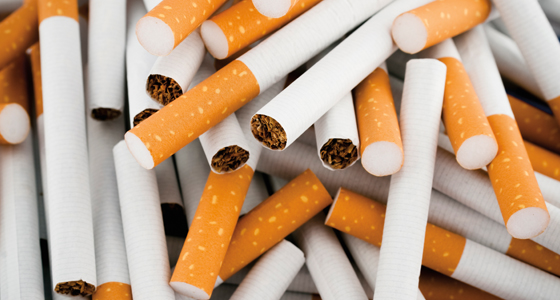 In the late 19th century, the development of cigarette rolling machines led to mass market production and increasing tobacco smoking in the U.S.

Packs of cigarettes were widely distributed to soldiers in World War I and II, and cigarette companies began running magazine ads, using authority figures, even health professionals, to promote their products.

A 1930 ad by the American Tobacco Company showed a physician touting Lucky Strike’s “irritation protection” for the throat. Brown and Williamson Corporation used the image of a dentist in a 1949 ad promoting the menthol flavor of Viceroy cigarettes. Celebrities were extensively used for promotions, such as a Christmas-themed Chesterfield ad with actor Ronald Reagan around 1950. In 1968, the Phillip Morris Company targeted young women with its Virginia Slims ad campaign. By 1965, more than 40% of American adults were smokers.

Tobacco smoking’s popularity started to wane in the mid-1960s. In 1964, the U.S. Surgeon General’s Advisory Committee on Smoking and Health published its report linking tobacco usage to lung cancer. Written at the request of President John F. Kennedy, it was a response to mounting evidence on smoking collected during the 1950s. The report garnered lead attention in newspapers and on television broadcasts and was a step toward diminishing the impact of tobacco use on health worldwide.

In 1995, an estimated 24.7% of American adults were smokers, according to a study by the Centers for Disease Control and Prevention. 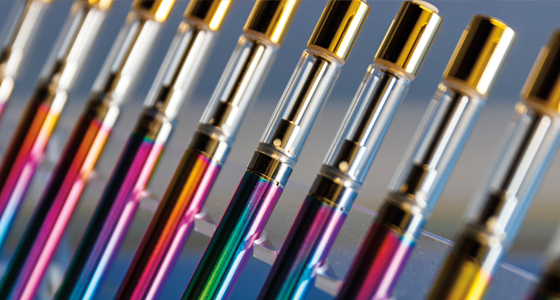 A Chinese pharmacist, Hon Lik, developed the modern version of the e-cigarette, using a battery-operated element to heat a liquid mixture of nicotine, solvents and flavorings, and the device was introduced to the Chinese market in 2004. Today, “vaping” with these devices is more popular among high schoolers than smoking cigarettes. The common risk is the inhalation of nicotine, which is highly addictive, and chemicals that may be damaging to the lungs.

School-based National Youth Tobacco Surveys from 2011 to 2018 collected information from high school (grades 9-12) and middle school (grades 6-8) students, and data showed 20.8% usage of e-cigarettes by high school students and 4.9% by middle-school students, according to the CDC, the Food and Drug Administration and the National Cancer Institute analyzed the results. 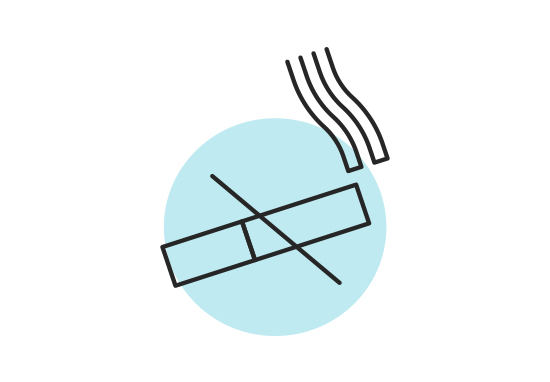 There is no safe tobacco product. Tobacco can increase your risk of cancers of the lungs, mouth, throat, cheeks, gums, lips and tongue. It can also cause cavities, stained teeth, bad breath, gum disease, receding gums and tooth loss. It’s best to avoid using any tobacco to protect your oral and overall health.

Find out your options for receiving oral care without increasing the risk of exposure to the coronavirus.

What habits can ensure five years of good oral health?

Be aware of the “fearsome four” conditions that affect oral health overnight.